What is Secure Coding?

You are here:
Technology 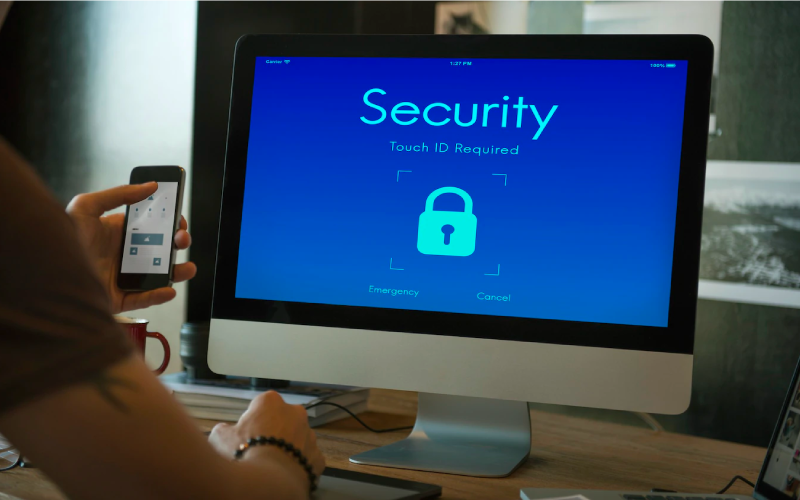 Security is often considered an impediment to a comprehensive software application experience. Instead of a streamlined development lifecycle where security is built in from the start, it might take a while of back and forth between developers, resources, and security as they attempt to fit the modern coding process into the antiquated security procedures. Lengthy approvals ranging from evaluations to revisions not only diminish the overall perceived value of the security mechanism but also raise the necessity for instant policy deviations to incorporate secure coding into business strategy.

So, what is Secure Coding? The majority of security flaws in software can be traced back to the development process, i.e., source code. When there are bugs in software, hostile individuals can simply take control of it and utilize it to accomplish their own objectives. By adhering to established safe coding standards, most software security vulnerabilities can be eliminated.

Why is secure coding important?

The widespread dearth of security in conventional software has been widely reported in the media in recent years. There have been significant data breaches, even at major corporations with access to resources and expertise. Whether a company is catering to individual consumers or major corporations, every customer’s trust is invaluable, and its loss might have a significant financial effect. Thus, it is crucial that these institutions place a strong emphasis on implementing secure coding techniques.

According to the 2020 Open-Source Security and Risk Analysis Report, 75% of commercial codebases include at least one security vulnerability. During their survey, 49% of the code bases that were examined had significant security vulnerabilities. In addition, 82% of the open-source sections were at least four years out of date, and 88% of the sections had never really witnessed any modifications in the past two years.

Software flaws are common despite the significance of safe coding practices. In the last three years alone, there have been 40,569 vulnerabilities identified in applications, according to the research of the National Institute of Standards and Technology’s vulnerability list. Programmers and developers are better able to identify and eliminate common software vulnerabilities by adhering to established best practices and recommendations, or “secure coding standards.” Adopting safe coding standards is crucial since it addresses widely exploited software flaws and thwarts intrusions. Furthermore, optimizing for security from the beginning helps prevent long-term expenses that may develop if an attack leads to the compromise of critical user information.

Security vulnerabilities affecting source code and their classifications: As a result of the IoT, embedded systems are strengthening their network of external connections. It opens up the possibilities for even further malicious code intrusions.

1.Buffer overflow is one such scenario where an external operator can effectively “insert” malicious code or data into a system. If implemented correctly, it allows for additional commands from the outside to be entered into that system.

The most common vulnerability on the 2019 list of Common Vulnerabilities and Exposures was buffer overflow.

2.Code injection flaw is yet another frequently occurring security vulnerability that takes advantage of a shortcoming in the process where incorrect data is being analyzed.

More than 75% of apps contain vulnerabilities, according to the State of Software Security Report Volume 11 by Veracode, issued in October 2020. Information leakage, Code injection (when an attacker introduces unauthorized code), cryptographic errors, poor code quality, and improper handling of credentials are the most typical forms of vulnerability.

2. Identify their motive: You must identify and comprehend the forms of vulnerability in your application. Then you can talk to them directly. Some individuals may want to steal money, data, identities, and other information for personal gain. They can be striving for confidential information to benefit themselves or their company. Alternatively, they might be digging for state secrets that can be utilized by enemy nations or terrorist groups.

To demonstrate their expertise and claim bragging rights, some hackers alter code or operating systems. However, they may inflict significant harm. Given the simplicity with which attacks can be automated and executed, even the smallest vulnerabilities can be exploited.

3. No shortcuts: According to research conducted by the Cisco Group of Programmers, a reviewer’s ability to identify faults in the code decreases if they are assigned more than 400 or 500 lines of code at once. For best productivity and efficiency, the suggested number of lines of code to evaluate at a particular time is 400 or 500.

It might be tempting for developers to take shortcuts in order to get code into production, but this can have major security repercussions.

Secure coding practices protect your applications and software. So, code wisely and efficiently!

How will EC Council University help you find your spot in the cybersecurity industry?

After successfully completing your desired course, you will be expected to demonstrate your understanding of the subject. Students have the opportunity to undergo assessments leading to industry certification in cybersecurity as part of the curriculum.

A certificate will be awarded to those who perform well during the assessment. These certifications show employers that you have the potential and the fundamental knowledge required to work in the cybersecurity field.

What is Digital Security: Overview, Types, and Application
January 31, 2023

What is a Ransomware Attack: Types and How Can You Prevent It?
January 20, 2023

Wifi Leaves You Vulnerable to Being Hacked! Here’s How To Keep Your Devices Safe!
January 6, 2023

What is mobile application security and how does it work?
December 9, 2022
Search…