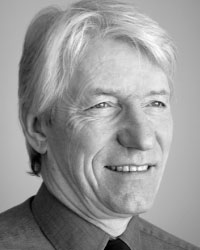 Register Now Speaker Bio:
Kevin McNamee heads Nokia’s Threat Intelligence Lab. This lab analyzes hundreds of thousands of malware samples each day to create the threat intelligence that powers Nokia’s adaptive 5G end-to-end security solution. Previously he was director of Security Research at Bell Labs, specializing in the analysis of malware propagation and detection. He is an expert on mobile network security, holds ten patents in this field and has had speaking engagements on the topic at RSA, BlackHat.

In 2016, Mirai became the first well known IoT Botnet and caused considerable collateral damage with massive DDoS attacks. A lot has happened since then. This webinar will look at the evolution of IoT botnets since Mirai, exposing the vulnerabilities that enable their creation, the race to exploit them, and the new threats that IoT devices present to the Internet. The presentation will provide details on specific IoT botnets, including details on the exploits and mechanisms used to create the botnet and the threat the particular botnet presents. It will show an evolving sophistication and increased variety in the threats that they present.

Matter of Survival and Ransomware
December 20, 2019